Regardless of your personal leanings, if you have taken the steps to become a firearms instructor, it is time to set your bias aside. There are tens of thousands of part-time or occasional firearms instructors in the United States. The natural tendency of humans is to gravitate toward areas that make them comfortable and shun areas that do not.

Every gun guy and girl has their favorite firearms. Some preferences are based upon sentiment, such as the .22 rifle your grandpa used to teach your how to shoot. Military veterans with either fall in love with the guns they carried or take with them a deep seated hatred. Don’t believe me? Have a conversation with a Vietnam vet who was first issued an M14 and then had to turn it in for a new M16.

NEW!! Did you know that we now have digital training courses?
Click Here to gain instant access to Force Options: How to Defend Yourself Without a Weapon >> 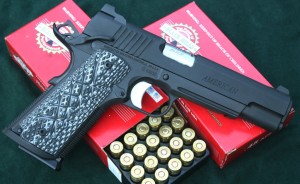 The M1911A1 pistol, a fan favorite for decades.

If your local gun guru has a collection of M1911 pistols, quite often that is not only the gun with which they will demonstrate but also the one they will promote to their students. That is all well and good, but not every student is going to like or want an M1911. Additionally, some people seeking instruction may be restricted by their agency or department in their choice of handgun.

Many moons ago when I was on my first tour with the United States Marine Corps I was taught to use the M1911A1 service pistol and then issued one for duty. Approximately two years into my enlistment we were issued the M9 Beretta pistols and subsequently had to learn all of its idiosyncrasies. The whining and moaning  has carried on for decades.

Several years back I took an assignment to become part of a cadre of military contractors teaching small arms and tactics to U.S. Military personnel prior to their deployment overseas. As you would expect, the primary arms included the M4A1 service rifle and the M9 service pistol. I had very little personal experience with the M9 outside of my active duty time. At that time my personal firearms collection did not even include a Beretta 92/M9, now I would be teaching hundreds and then thousands of troops to use said handgun. 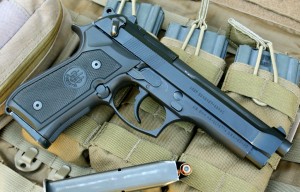 Love it or hate it, every firearms instructor needs to understand the M9 Beretta.

During my first month on the job I ordered my own M9 pistol so that I could not simply teach the basics, but master the gun. On my own I attended private shooting schools and took the Beretta with me. You can imagine the looks I got from both 1911 and Glock guys. Many could not believe that I chose the M9 deliberately.

It was during this time in my life that I came up with a short list of handguns that I felt I needed to master in order to be a well-rounded firearms instructor. Although I have had this information bouncing around in my noggin for years, this will be the first time I have elaborated in writing.  Your personal list may vary, but here goes.

Any Firearms Instructor seeking to be a master of his craft must have more than just a familiarity with the following five handguns: M1911A1, SIG P226 DA/SA, GLOCK 17, Beretta M9, the double-action revolver. While I have called out SIG, Glock, and Beretta by name, that purpose was not so much to endorse the company, but to highlight the particular handgun design.

M1911A1: This single-action pistol has been in production from over one hundred years and it can be found worldwide. It can be easily argued that the Russian Tokarev pistol has a striking similarity to the 1903 Colt SA pistol. The M1911A1 pistol can be used with tremendous efficiency but the grip safety, manual thumb safety as well as the trigger are rather unique to the design. In trained hands the M1911 can be a superior tool. In untrained hands that same pistol can be a safety hazard. 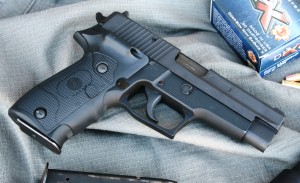 The SIG P226 in standard Double-Action to Single-Action designed was singled out primarily due to the fact that the decocking lever located on the left side of the frame is unique among pistol designs. Many US and foreign police agencies still issue SIG pistols in this trigger configuration.

The U.S. Navy SEAL teams are naturally the most famous SIG customers. Many American gun owners followed suit and purchased P226 pistols like their heroes in uniform.

For better at least ten years, the Glock models 17 and 22 have been the leading sidearm for U.S. law enforcement and citizens alike. The striker-fired action of the G17 led the way for others to follow.

The Springfiedl XD(M), the S&W M&P9, the Ruger SR9, and the new Caracal 9mm pistol all function in a nearly identical manner. Yes, there are differences between a Glock and a Smith&Wesson M&P9, but they are similar enough that if you can master one you can master the other. 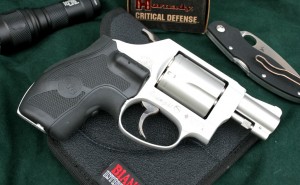 Though rare as duty guns, the DA revolver is still carried as a CCW piece.

Lastly, while the double-action revolvers used to be a basic staple of all firearm programs, such blasters are rarely used as duty guns anymore. This fact does not alter the reality that many gun owners, particularly concealed carry folks, may show up to your class with some type of ‘wheelgun’ in hand.  I am personally acquainted with many young military firearms instructors who have had little to no exposure to the aforementioned hardware.

Yes, I am sure you could add on to this list until you ran out of ink in your pen. However, mastering the Big 5 will take a dedicated firearms instructor much farther down the path of being a legitimate educator. Remember the point of being  in instructor is to teach, not to show the student how cool you look shooting your custom 1911.