“You seem to have a problem with youtubers and bloggers. Why is that?” was a question/accusation aimed at yours truly recently. To set the table, I do not have a blanket dislike for the use of YouTube or the ubiquitous Weblog for the distribution of information. The Internet is a marvelous tool that we can use to disseminate a wealth of knowledge and educational material to our peers. My problem is that people with absolutely zero credentials have taken it upon themselves to dispense advice based upon nothing more than their own verve or passion for an object or grouping of objects.

Having been in the professional writing game for better than two decades now, I have had a cautious mistrust regarding the massive influx of of overnight experts and, quite frankly, carpetbaggers, who have injected themselves into a field for which I have a great deal of respect and experience.

Pondering the aforementioned question, I was able to come up with what I believe is the greatest downfall and shortcoming of our Internet age; the Death of the Editor.

The Editor: A Vetting Process 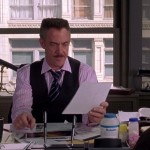 The Editor: A Boss and Mentor

Many moons ago when I began writing professionally for firearms and law enforcement periodicals, one of my editors had a strict policy for writers. “If they haven’t been in the military or worked as a cop, they don’t write for me.” It was not that every soldier or policeman was a gun expert, that was simply the baseline from which he started.

Before the time of the Internet and self-proclaimed “gun enthusiasts”, we had this vetting process called an Editor. During the age of dead tree publications, your words and photographs were not put out for public consumption until someone else edited and approved them. Again, it was not that every writer was the Elijah of firearms, but there was a process. An effort was made to put out quality information.

My editors did not accept every piece I wrote. As a matter of fact I sold a grand total of four articles my first year as a writer. Yes, one of the stepping stones is to be paid not once, but often for your words and thoughts by an outside source. Sorry, Google AdSense does not count.

The editor provided an even more important service than simply approving your work. Your editor was not just your boss but your mentor. They questioned what you wrote, they critiqued it and they forced you to improve what you submitted or they stopped accepting it.

Yes, they even hurt your feelings once in a while.

The editor was charged with helping young/fresh writers progress from “acceptable” to “pretty good” to “excellent.”  And believe you me, the word “excellent” was not tossed about freely. If you heard the words “very good” fall from your editor’s mouth it was cause for celebration.

Today, not all, but many of the dead tree pubs that still exist, and their equivalent online versions, are headed not by hard-nosed editors akin to J. Jonah Jameson, but instead by ad sales people who have assumed the mantle of “editor.” Their aim is to sell ad spots by any means necessary and if that boils down to having gun enthusiasts write glorified press releases then so be it.

Website and blog editors often have no more or even less experience writing than the people they have submitting articles. Often, their prime qualification is the ownership of a domain name and a better than average understanding of WordPress

Opinions vs. Education and Experience

One of the greatest pitfalls of our modern society is the inherent belief that not only is everyone entitled to their opinion, but every opinion has merit based merely upon its expression. Allow me to offer an example.

Everyday I get into my truck and drive on state highways. As a matter of fact I have been doing so for three decades now. Given that fact you would imagine that I have formed certain opinions about highway use, construction and layout. After all, I use the highways everyday.

Keeping with the every opinion matters mindset, would it not be reasonable for me to demand a seat at the next Highway Planning Commission meeting? I have thirty years of experience driving on highways and now I’m going to insert my two-cents as to how highways should be constructed and laid out.

Ridiculous you say? There is no way my opinion could match or trump that of men who have not only been constructing highways for decades but who have engineering degrees and thousands of hours of hands-on experience.

Folks that is exactly the silliness we have in the firearms world. People who own firearms have decided that their opinions regarding training, practice and real-world deployment of  said arms are just as valid as everyone else’s and they are going to get their piece of the “gun-craze pie.”

The bottom line is no, not every opinion has merit or is on equal footing with others. Many opinions are based upon fantasy and falsehood and do not deserve a seat at the table. If we still had the vetting process of the Editor, this issue would be relatively non-existent. Sadly, the days of the hard-nosed, cigar-chomping, I-don’t-have-time-for-nonsense editor have gone the way of the VHS tape.

For now you will have to settle for the guy who tells the emperor he is naked. From where I am standing, there are a lot of nude “gun experts” running around.

This piece is respectfully dedicated to Harry Kane, the real-life J. Jonah Jameson of the gun world.

Paul G. Markel became a U.S. Marine in 1987 and served his nation during times of war and peace. A law enforcement veteran, Paul was a police officer for seventeen years before becoming a full-time Small Arms and Tactics Instructor.

Markel’s written work has been printed in every major firearms publication at one time or another for the last two decades. Paul has several books in print and hosts and produces Student of the Gun Television and Radio.